I got this unit essentially for free a few years back after getting rid of my VooDu Valve which was too expensive/overkill.
It's a nice little unit great for practicing guitar and has the added bonus of foot switches (the two big knobs at the bottom): 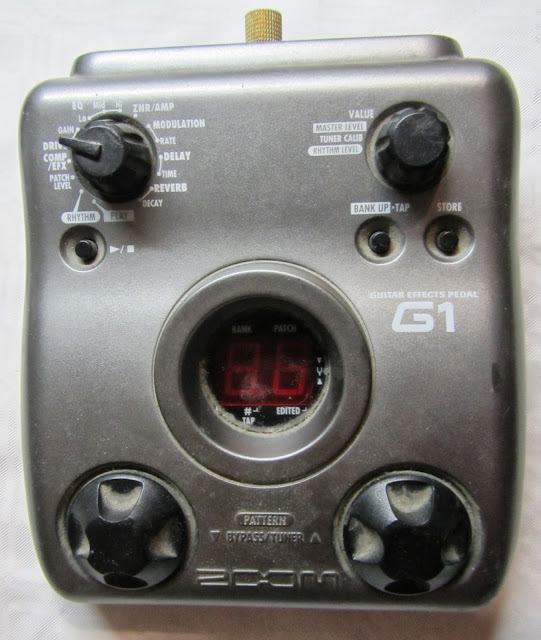 This unit has seen better days and it kept switching itself off or resetting once in a while whenever the cables were moved. Also, it didn't want to work on battery power.

The back is pretty simple, just input, output, expression pedal input and power. 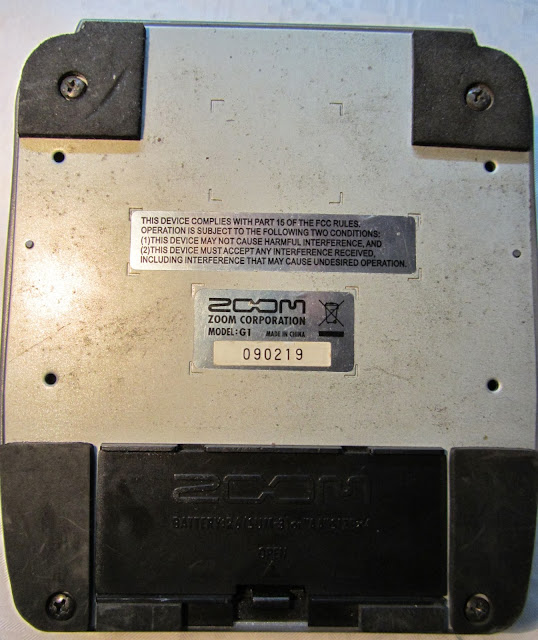 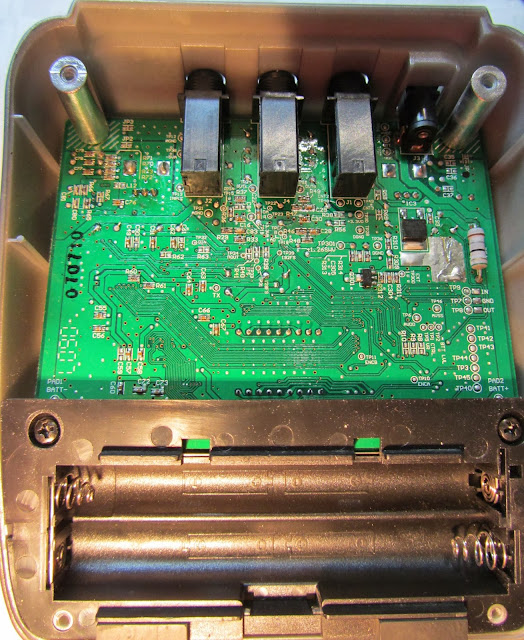 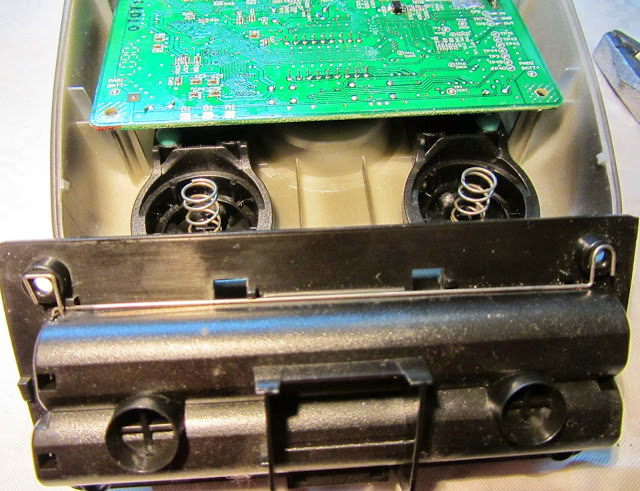 To get the front panel off the two knobs from the digital pots need to be removed... 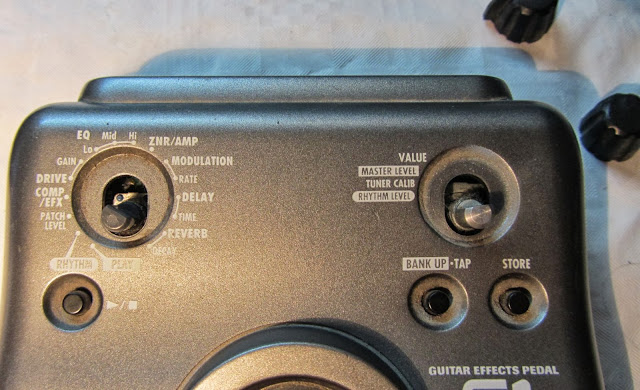 ... as well as the two plastic stand-offs keeping the board in place. Another nice mechanical touch. 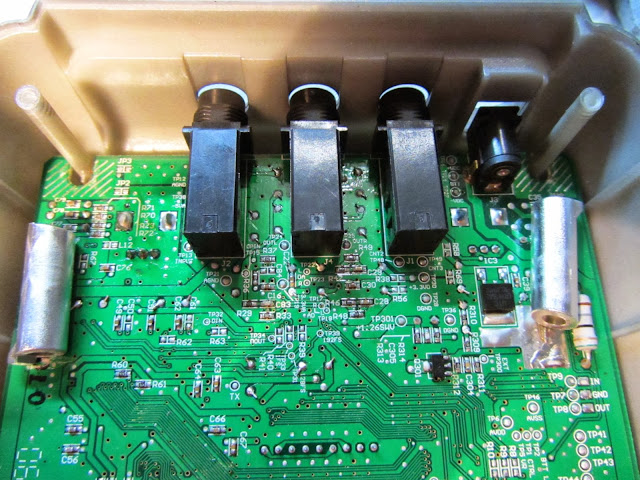 It's a full digital effects processor so there's not much to see. A big ASICs labeled ZFX-3 that is probably a derivative of a 32-bit DSP. I suspect the same chip is used in several products of the time, with this one being the entry-level. 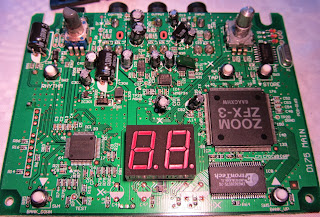 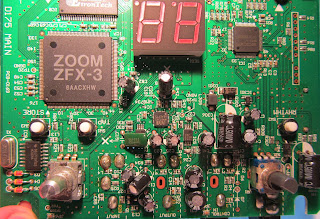 Well, there's nothing wrong with the board and it looks in perfect condition. The soldering on the I/O sockets is also good and without play. 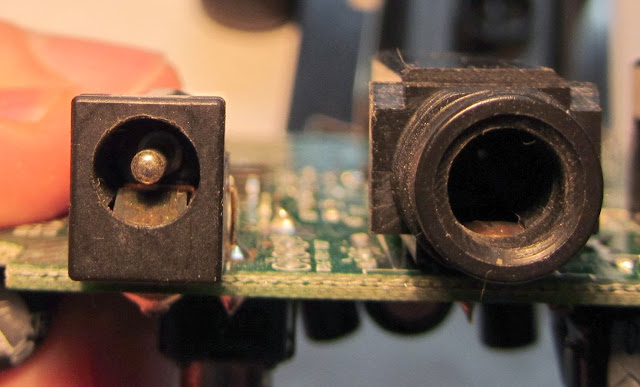 Aha! The input jack is quite corroded and the other sockets don't look so well. 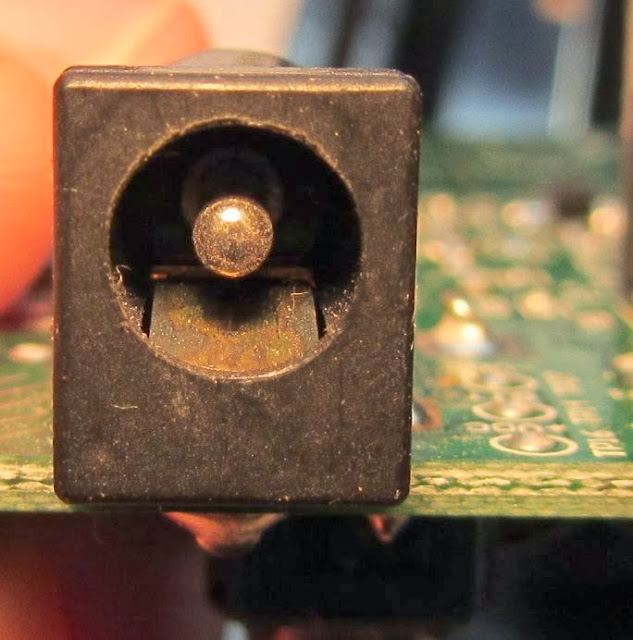 Some rubbing with the brass wire brush and a bit of Isopropyl alcohol on a Q-tip cleans the stuff easily. 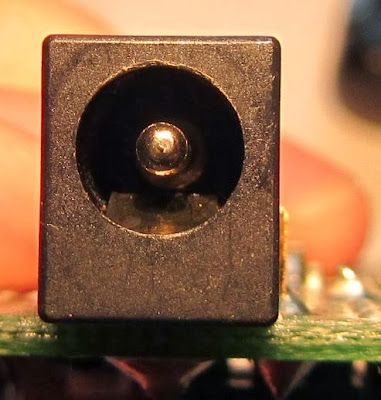 The case is given a rub with hot water in the sink and a small blow with the aircan. 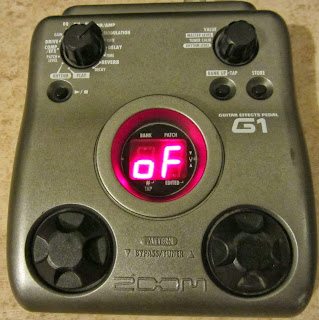 Oh, the the power-on on battery works only when the input jack is connected. Still, it's intermittent, even after cleaning, and it only works by pushing the jack well into the socket.
Hmm...... 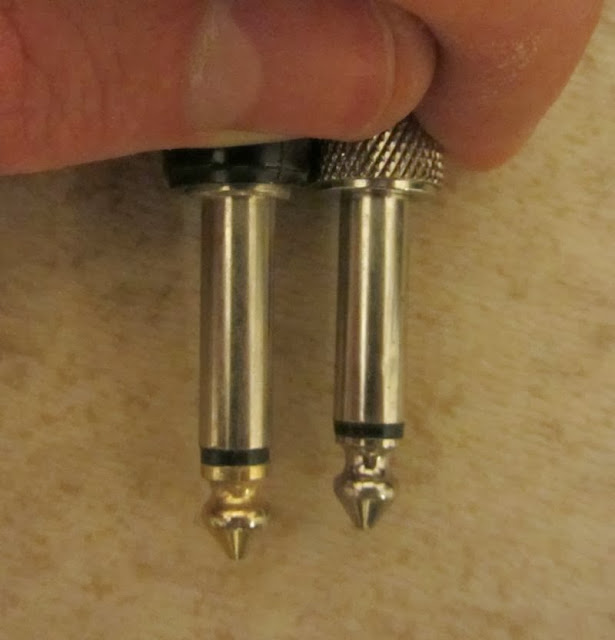 Well, that's quite stupid, I thought TRS (?) jacks are standard by now. The culprit is obviously shorter by a couple of millimeters.


Since the guitar was also in the need of some love, I did a temporary fix to the output socket that was hanging around. One of the ears from the cover broke off and the cable kept plugging itself out.
The cover is curved and from a brittle yet slightly elastic material, not easy to get hold off. I'm thinking ebonite, but a 3D printed part from PLA or ABS might work just fine.
In the meantime some steel wire will have to do. 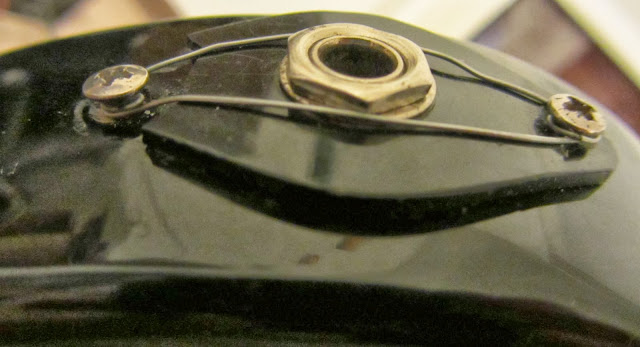 For anyone having the same problems: the unit does not need to be opened.
Rubbing all the contacts with alcohol and a small wire brush cures the symptoms.